This page shows some of the models over the last 20 years to test the stability and evolve the construction.

Finally version 51 is the version that was used for the first house in 1:1.

The reconstructability was fully proved. This is the test assembly in the workshop on 30 th of July 2020

This is the reconstructable house in a nutshell on site one week later. 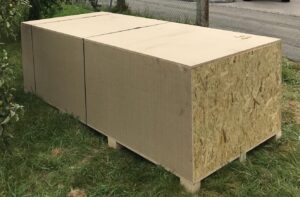 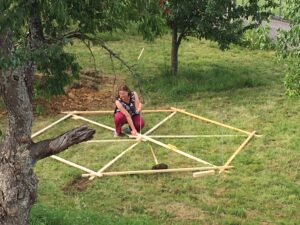 This is the heaviest machine we used for the whole construction. With this machine it took 2 1/2 hours to insert the screws, but it is possible to set the screws without the tool. 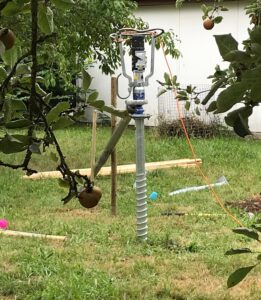 Since this was the first outdoor installation we spent a considerable amount of time for quality control – and learning details. This is the reconstruction 2 days later. 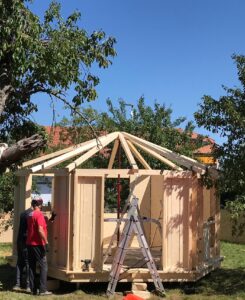 Apart from Spring 2020 you can come and see it! 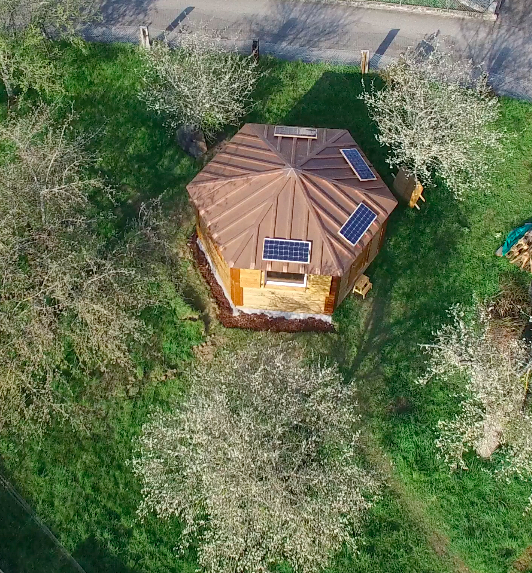 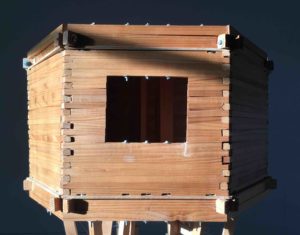 Back in 2003 we built the first version of the reconstructable house. The target of this version was to prove the stability of the construction. The goal of stability was fully met, but the construction was yet too laborius to assemble.

In the following years we created various versions almost a dozen of models trying to simplify the construction without loosing its stability.

In 2008 we introduced CNC milling machines to build the models and gain experience with the automated production of the parts.

The version 5 below was made as a proof of concept  to gain experience how the basic kernel can be expanded.

The outer panels are not mounted to allow the view to the kernel and demonstrate the idea of a very solid kernel on which the extension is attached.  It also shows the possibility to use the outer space as terrace or winter garden.